After Bergen Rocks 2011 was finished and the sculptures had been moved to Bergen etc. I began the organizing process all over again for the fifth edition. I didn’t expect any glitches, just the same process filled with hard work and organization. Boy, was I in for a surprise!
After choosing the artists from over 200 submissions I sent them their supporting documents from our MP, MLA, Mayor, County representative and various arts organizations, etc. These had seemed to be very helpful in the past to support the artist’s visa applications and the frustration of making last-minute arrangements for their attendance seemed to be a thing of the past.
It was a huge surprise when the sculptors started making their visa applications and they were coming back as rejected. All five of the artists were refused their visas to participate and I thought “Oh boy, another year filled with red tape to get the participants here”  Well, I was wrong about that. We submitted more detailed information about their status as internationally renowned artists, the events and locations they had participated in, and exhibited works around the world.
All of this was to no avail. Through our government representatives here I learned that Immigration Canada had concerns that the artists would remain in Canada beyond their visas, effectively become illegals. Wow!!!
Just WOW!!! Imagine the outrage if a hockey team from a foreign country was refused entry to play a game for 60 minutes but keep a group of established international artist out and the immigration officials seemingly stood by with their chests puffed out thinking they had done a great job…….saved our country from the threat of artists who would create public artworks that would remain in our communities for, literally, thousands of years.
So, with that blow, the Bergen Rocks International Sculpture Symposium program died. I was devastated and embarrassed. The program had overcome a lot of obstacles in its four years and I thought the political craziness was a thing of the past. Every artist submitted a second time (another $150 cost for each) and was rejected again. When the immigration officials dig in their heels there is nothing that can be done, they have autonomy from other government agencies and basically, nobody has overriding influence.
I’m still disappointed but I’m almost at a point where I’m ready to take another kick at the cat. It was really demoralizing to be dealt such a blow after building the event up to something that I felt was kind of significant not to mention that it cost me $3000 just to make the applications and be refused.
I’m hoping to start the symposium program again, maybe in 2022, depending on possible travel restrictions. Without some kind of assurance that the visa application process will be administered more fairly than it was in 2012 or that whatever caused all of the visas to be refused has been addressed it is a little scary to even attempt it but I guess the only thing I can do is try and see what happens.
Leave your information on the contact page and I’ll be sure to let you know when the next symposium is going to be and you’ll be able to come out and experience the creative process in person!
My message for Immigration Canada below: 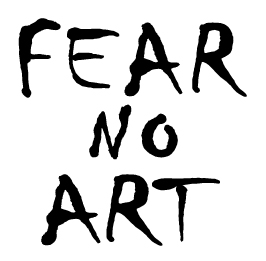